Shelburne Police understands and agrees that DUI prevention is very important and that is why we always try to take our enforcement efforts one step further.

As we are all aware, there is always more traffic on our roadways during the holiday's, leading to more crashes and dampening holiday celebrations, bringing grief and tragedy to families throughout the country. The Shelburne Police Department joined this Campaign because we wanted to increase safety on our highways, standing firmly behind the slogan "DUI, YOU CAN'T AFFORD IT".

Stop Teenage Alcohol Risk Team (S.T.A.R.T.)
All officers of the Shelburne Police Department are also members of the Chittenden County S.T.A.R.T., being very dedicated to “Zero Tolerance” when it comes to alcohol levels in minors. The officers keep a sharp watch while conducting motor vehicle stops, and while interacting with juveniles, especially during the “peak” times of the year such as school breaks, graduation and prom season. Officers participated in numerous S.T.A.R.T. details throughout the year, often intervening at large parties before anyone was able to leave and drive under the influence.

Training
The Shelburne Police Department has offered its training facility to the Vermont Police Academy as well as other State and Local departments, including Vermont Department of Motor Vehicles, Vermont Liquor Control, etc. Having a training facility like ours make it possible for many departments to attend, as we are centrally located and in a county with the highest police presence.

Every officer of the Shelburne Police Department has been trained by the Vermont Criminal Justice Training Council (VCJTC) in areas related to under the influence related incidents. Training includes: DUI enforcement, Field Sobriety tests and PBT training. Other areas include underage drinking law updates, and the latest enforcement efforts that are being utilized for prevention and enforcement measures statewide, and nationally.

The Shelburne Police Department has continued our “Zero Tolerance” policy for underage drinking, and we issued citations to all persons caught drinking who are not of legal age, regardless of circumstances, or number of persons involved.

Public Education
The Shelburne Police Department's Traffic Safety Coordinator is responsible for developing and scheduling public outreach and other educational activities. We do this in cooperation with other departments in the county as well as with State and Federal agencies.

In addition to the Checkpoints, during a Campaign, the Shelburne Police Department worked with J.A. MacDonald Construction, and asked to borrow one of their Mobile Traffic Message Boards. This message board was placed on the side of US Route 7 (Shelburne Road) near the town line with South Burlington. The board was in operation twenty fours a day for four days, and read “U DRINK, U DRIVE, U LOSE”. We chose this location to remind all individuals driving south on Shelburne Road, of the consequences and importance of driving alcohol-free during the holiday season. 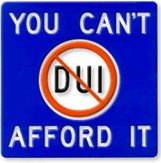