Peggy Coutu, Chair
Peggy has served on the Shelburne Parks and Recreation Committee for over 33 years, and has seen many positive changes in her tenure.  She enjoys working with people of all ages and loves to see the enjoyment on their faces at our programs and special events. Peggy is often the one standing at the donation barrel at the wonderful summer concert series at Shelburne Farms. The committee is a fun committee that truly cares about the leisure and active recreation offerings in Shelburne. Peggy has lived in Shelburne for 44 years with her husband, Keith and they have three children and three grandchildren. She is retired from 41 years of teaching, but still does some substituting. Peggy is a member of St. Catherine of Siena Parish. Her interests include enjoying being with family and friends, reading, walking on our paths, relaxing at Shelburne Beach, and traveling.
Image does not exist
Marv Thomas
Marv has been a resident of Shelburne his entire life and currently resides here with his wife, Sue. He has two grown daughters who were both involved in Recreation programs as kids. Marv now enjoys watching his grandchildren participate and loves to volunteer at community events and interact with the people. Many know him as the “Popcorn Man” at the Summer Concerts. He has been on the Recreation Committee for over 35 years and has helped out in the Recreation Department as needed throughout the years.
Image does not exist
Ann Clark
Ann is a native Vermonter and has been a resident of Shelburne for over 40 years. Her two daughters were raised in Shelburne and benefited from our wonderful schools and the many recreational opportunities Vermont has to offer. She became involved with the recreational programs in Shelburne when she was a soccer coach for seven years. During that time, she also became a member of the Recreational Committee and has served on the committee since 1991. She has been the chairperson of our first Mooring Committee in town. Ann has an undergraduate degree from the University of Vermont and a Master's Degree in Social Work from Smith College. She considers it a privilege to have worked in the field of child welfare throughout her professional career and currently has an adoption agency, Adoption Advocates, and does primarily international adoptions. Ann enjoys sailing on  beautiful Lake Champlain, snowshoeing, reading, baking, the ballet and chamber music, and most of all, loves being with her two beautiful grandchildren: Nevin, age 12, and Hailey, age 3, and looks forward to another grandchild in August of 2015. She considers It is a pleasure to serve on the Recreation Committee with the wonderful staff and dedicated board members.
Image does not exist
Susan Eurbin McLellan
Susan has lived in Shelburne for 40 years with her husband, David, and has served on the Parks and Recreation Committee for 9 years. She began her relationship with Parks and Recreation as a volunteer at special events and looked forward to working on the committee with Betsy, Sue and the other committee members. She enjoys biking, bowling, jazzercising and walking her dog on our beautiful paths. She has owned her own business, Special Touch Hair Design, for 28 years. She is a member of St. Catherine of Siena Church, an active participant and fundraiser for The American Cancer Society Relay for Life, and was a 15 year member of the Charlotte-Shelburne Rotary. Sue loves living in such a vibrant community!

Image does not exist
Kathie Pudvar
Kathie has lived in Shelburne for 18 years with her husband Tim. She has three children Bailee, Maxwell, and Oliver. She  works at Ferrisburgh Central School where she has been a 4th grade teacher for 15 years. She and her family have always loved attending the Shelburne Recreation activities. When her children were old enough to participate in recreational sports she and her husband became involved by coaching.  She then applied for an opening and was welcomed into the Recreation Committee 5 years ago. Kathie considers this experience to be very rewarding with committee members who are supportive, fun, dedicated, and a great group to work with.

Image does not exist
Bruce Whitbeck
Bruce and his wife Marie have lived in Shelburne since 1993 and have raised their two college age young adults, Andrew and Amanda, in our wonderful community. Bruce has been a member of the Shelburne Parks and Rec Committee since 2009. Prior to that he served for four years on the Shelburne Baseball Board, with two of those serving as their Secretary. He has coached both Boys and Girls Recreational Basketball on many levels and also coached Baseball from Farm Team up to Babe Ruth. 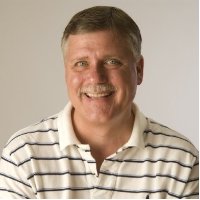 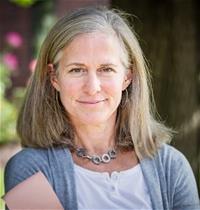 Kelli Magnier
Kelli moved to Shelburne with her family in 2010. Through her children she became involved in various Recreation department sponsored sports and activities, and appreciates all that the Recreation Department offers to the town. She has coached Little League Softball for five years, has been the lead Chaperone for the Bolton Ski program for two years, and has coached Recreational Soccer. Kelli finds the Recreation Committee is a fun and easy way to participate in town activities.
Image does not exist
LynnAnn Prom
LynnAnn has lived in Shelburne since 1996 moving with her family from Seattle, WA. She found the Parks and Recreation a wonderful resource when choosing activities for her kids to participate in as they grew up in Shelburne. The sense of community and fun was appealing. She is a new member of the committee coming on board just this year. She is married to Scott Prom and currently works as a massage therapist part-time. Home is shared with her grown up kids Erin and Riley. She loves to get out doors with her furry friend Willow enjoying any season to hike, ski and bike on local trails feeling so blessed by Vermont’s beauty.