Several of the early families settled on the western side of Shelburne along the lake, known today as Shelburne Farms. In 1783, Moses Pierson and sons returned to re-occupy the Pierson farm. Others were: 1783, Captain Daniel Comstock; 1784, Timothy Holabird and Captain Israel Burritt; 1788 Eli Thayer; 1792, Colonel Frederick Saxton.

On March 3, 1806 Timothy Holabird quit claimed a half acre of his land to the town for $10.00 "for the purpose of a burying ground for the burial of their dead" and fenced it with cedar posts.

First used in 1793 with 75+ gravesites this cemetery is maintained by the town. 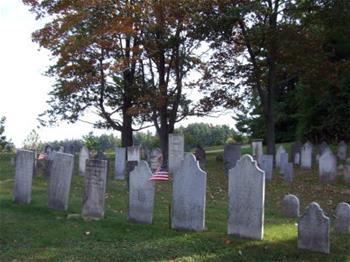